The Marriage Plot
by Jeffrey Eugenides 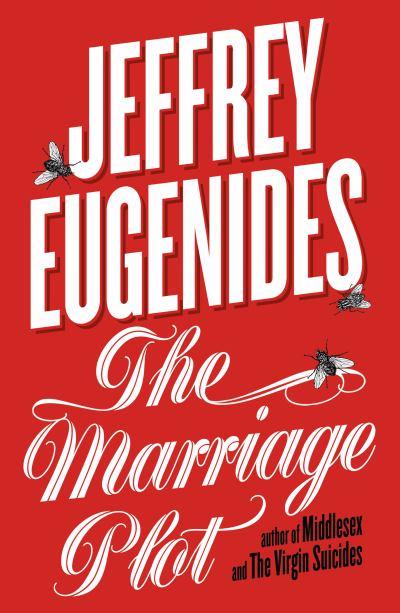 The Marriage Plot is a 2011 novel by American writer Jeffrey Eugenides. The story concerns three college friends from Brown University—Madeleine, Leonard, and Mitchell—beginning in their senior year, 1982, and follows them during their first year post-graduation. The novel was well received by critics. William Deresiewicz wrote, "'The Marriage Plot' is a new departure...intimate in tone and scale.... It’s about what Eugenides’s books are always about, no matter how they differ: the drama of coming of age.... It possesses the texture and pain of lived experience."Carlin Romano called it "the most entertaining campus novel since Wolfe's I Am Charlotte Simmons."
Winner of the 2011 Salon Book Award (Fiction).
About the Author
Jeffrey Eugenides
is an American novelist and short story writer. He has written numerous short stories and essays, as well as three novels: The Virgin Suicides (1993), Middlesex (2002), and The Marriage Plot (2011). The Virgin Suicides has been filmed, while Middlesex received the 2003 Pulitzer Prize for Fiction in addition to being a finalist for the National Book Critics Circle Award, the International Dublin Literary Award, and France's Prix Médicis.

Eugenides is now based, with his wife and child, in Princeton, New Jersey, where he is Professor of Creative Writing in the Peter B. Lewis Center for the Arts. Of teaching creative writing, Eugenides remarked in an interview in The Paris Review, "I tell my students that when you write, you should pretend you're writing the best letter you ever wrote to the smartest friend you have. That way, you'll never dumb things down. You won't have to explain things that don't need explaining. You'll assume an intimacy and a natural shorthand, which is good because readers are smart and don't wish to be condescended to. I think about the reader. I care about the reader. Not 'audience.' Not 'readership.' Just the reader."