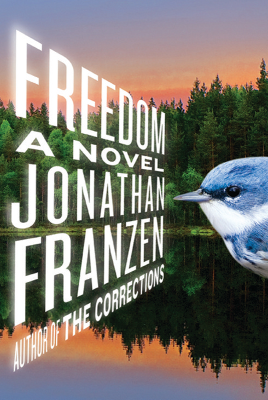 Freedom follows several members of an American family, the Berglunds, as well as their close friends and lovers, as complex and troubled relationships unfold over many years. The book follows them through the last decades of the twentieth century and concludes near the beginning of the Obama administration.

Freedom opens with a short history of the Berglund family from the perspective of their nosy neighbors. The Berglunds are portrayed as a quintessential liberal middle-class family, and they are among the first families to move back into urban St. Paul, Minnesota, after years of white flight to the suburbs. Patty Berglund is an unusually young and pretty homemaker with a self-deprecating sense of humor; her husband Walter is a mild-mannered lawyer with strong environmentalist leanings.

They have one daughter, Jessica, and a son, Joey, who early on displays an independent streak and an interest in making money. Joey becomes sexually involved with a neighborhood teen named Connie and begins to rebel against his mother, going so far as to move in with Connie, her mother, and her mother's boyfriend Blake, making Patty and Walter increasingly unstable. After several unhappy years the family relocates to Washington, D.C., abandoning the neighborhood and house they worked so hard to improve. Walter takes a job with an unorthodox environmental project, tied to big coal.

The second portion of the book takes the form of an autobiography of Patty Berglund, composed at the suggestion of her therapist. The autobiography tells of Patty's youth as a star basketball player, and her increasing alienation from her artistically inclined parents and sisters. Instead of attending an East Coast elite college like her siblings, she gets a basketball scholarship to the University of Minnesota, and adopts the life of the athlete. She meets an attractive but unattainable indie rock musician named Richard Katz, and his nerdy but kind roommate, Walter Berglund. After her basketball career-ending knee injury, Patty suddenly becomes desperate for male affection, and after failing to woo Richard, she settles down with Walter, who has been patiently courting her for more than a year. We learn that Patty retained her desire for Richard and eventually had a brief affair with him at the Berglunds' lakeside cabin.
About the Author
Jonathan Franzen
(born August 17, 1959) is an American novelist and essayist. His 2001 novel, The Corrections, a sprawling, satirical family drama, drew widespread critical acclaim, earned Franzen a National Book Award, was a Pulitzer Prize for Fiction finalist, a James Tait Black Memorial Prize and a shortlisting for the International IMPAC Dublin Literary Award. His most recent novel, Freedom (2010), led to a controversialappearance on the cover of Time magazine alongside the headline "Great American Novelist".