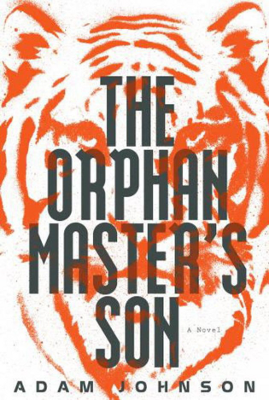 An epic novel and a thrilling literary discovery, The Orphan Master's Son follows a young man's journey through the icy waters, dark tunnels, and eerie spy chambers of the world's most mysterious dictatorship, North Korea. Pak Jun Do is the haunted son of a lost mother-a singer "stolen" to Pyongyang-and an influential father who runs Long Tomorrows, a work camp for orphans. There the boy is given his first taste of power, picking which orphans eat first and which will be lent out for manual labor. Recognized for his loyalty and keen instincts, Jun Do comes to the attention of superiors in the state, rises in the ranks, and starts on a road from which there will be no return. Considering himself "a humble citizen of the greatest nation in the world," Jun Do becomes a professional kidnapper who must navigate the shifting rules, arbitrary violence, and baffling demands of his Korean overlords in order to stay alive. Driven to the absolute limit of what any human being could endure, he boldly takes on the treacherous role of rival to Kim Jong Il in an attempt to save the woman he loves, Sun Moon, a legendary actress "so pure, she didn't know what starving people looked like." Part breathless thriller, part story of innocence lost, part story of romantic love, The Orphan Master's Son is also a riveting portrait of a world heretofore hidden from view: a North Korea rife with hunger, corruption, and casual cruelty but also camaraderie, stolen moments of beauty, and love. A towering literary achievement, The Orphan Master's Son ushers Adam Johnson into the small group of today's greatest writers.
About the Author
Adam Johnson
Adam Johnson (born July 12, 1967) is a Pulitzer Prize winning American novelist and short story writer.

Johnson received the Pulitzer Prize in Fiction in 2013 and a Whiting Writers' Award, a National Endowment for the Arts Fellowship, a Swarthout Writing Award, a Kingsbury Fellowship and a Stegner Fellowship. He was named Debut Writer of the Year in 2002 by Amazon.com, and in 2003 he was selected for the Barnes & Noble Discover Great New Writers series. He was nominated for a Young Lions Award from the New York Public Library and received scholarships from the Bread Loaf and Sewanee writers' conferences. In 2010, he won the Gina Berriault Literary Award. On April 15, 2013 Johnson won the Pulitzer Prize for fiction for The Orphan Master's Son.