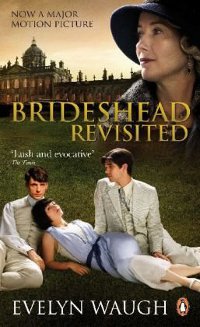 Brideshead Revisited, The Sacred & Profane Memories of Captain Charles Ryder is a novel by English writer Evelyn Waugh, first published in 1945. Waugh wrote that the novel "deals with what is theologically termed 'the operation of Grace', that is to say, the unmerited and unilateral act of love by which God continually calls souls to Himself". This is achieved by an examination of the Roman Catholic aristocratic Marchmain family, as seen by the narrator, Charles Ryder.

In the United States, Brideshead Revisited was the Book of the Month Club selection for January 1946. In 2005, it was chosen by Time magazine as one of the one hundred best English-language novels from 1923 to the present. In various letters, Waugh himself refers to the novel a number of times as his magnum opus; however, in 1950 he wrote to Graham Greene saying "I re-read Brideshead Revisited and was appalled." In Waugh's preface to the 1959 revised edition of Brideshead the author explains the circumstances in which the novel was written, in the six months between December 1943 and June 1944 following a minor parachute accident. He is mildly disparaging of the novel, saying; "It was a bleak period of present privation and threatening disaster — the period of soya beans and Basic English — and in consequence the book is infused with a kind of gluttony, for food and wine, for the splendours of the recent past, and for rhetorical and ornamental language which now, with a full stomach, I find distasteful."

Brideshead Revisited was brought to the screen in 1981 in the ITV drama serialisation, produced by Granada Television. A film adaptation of the book was released in July 2008.

In 1998, the Modern Library ranked Brideshead Revisited #80 on its list of the 100 best English-language novels of the 20th century.