The Paying Guests
by Sarah Waters 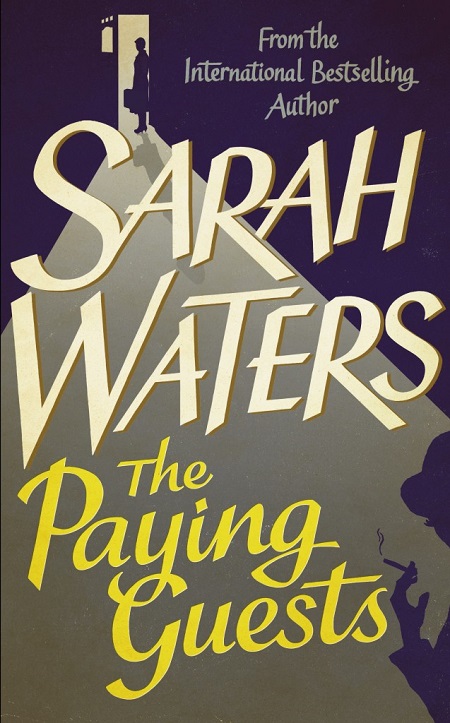 This novel is set in the 1920s, in the social and economic aftermath of World War I. Households are in reduced circumstances and Frances Wray and her mother have to take in lodgers to keep going. The developing lesbian relationship between Frances and lodger Lilian Barber provides a complex backdrop for a murder investigation that takes up the latter half of the book. The Observer said: "The inimitable Sarah Waters handles a dramatic key change with aplomb in her new novel set in 1920s south London". The Telegraph described it as "eerie, virtuoso writing".
About the Author
Sarah Waters
is a Welsh novelist. She is best known for her novels set in Victorian society and featuring lesbian protagonists, such as Tipping the Velvet and Fingersmith.

Before writing novels, Waters worked as an academic, earning a doctorate and teaching. Waters went directly from her doctoral thesis to her first novel. It was during the process of writing her thesis that she thought she would write a novel; she began as soon as the thesis was complete. Her work is very research-intensive, which is an aspect she enjoys. Waters was briefly a member of the long-running London North Writers circle, whose members have included the novelists Charles Palliser and Neil Blackmore, among others.

With the exception of The Little Stranger, all of her books contain lesbian themes, and she does not mind being labelled a lesbian writer. She said, "I'm writing with a clear lesbian agenda in the novels. It's right there at the heart of the books." Despite this "common agenda in teasing out lesbian stories from parts of history that are regarded as quite heterosexual", she also calls her lesbian protagonists "incidental", due to her own sexual orientation. "That's how it is in my life, and that's how it is, really, for most lesbian and gay people, isn't it? It's sort of just there in your life."