What I loved
by Siri Hustvedt 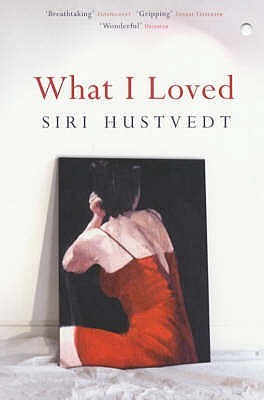 'What I Loved' is written from the point of view of Leo Hertzberg, an art historian living in New York. The work follows the relationship between Leo and artist Bill Wechsler and the ties between the characters' families. Psychological themes are explored in the novel such as grief, eating disorders and hysteria. The book opens with a painting of a woman 'wearing only a man's t-shirt', with the artist's shadow across the canvas. Leo purchases the painting and later befriends the artist, whose career in the New York art scene progresses througout the novel, as Leo helps him along through positive reviews. Bill is married to Lucille, a highly strung poet, and Leo is married to Erica, a literary academic. The two couples become close and move into the same apartment block. Erica and Lucille fall pregnant around the same time and have sons, Mathew and Mark. Lucille and Bill separate after he forms a relationship with Violet, the model who posed for the painting which opens the novel. Leo’s son Mathew dies. Leo loses Erica. He forms a close relationship with Bill’s son Mark. However a pattern of trust and betrayal is repeated between the two. Bill eventually dies in his studio. Violet grieves. Leo finally professes his love for Violet but his feelings are not requited.

About the Author
Siri Hustvedt

Memories of the Future
The Summer Without Men