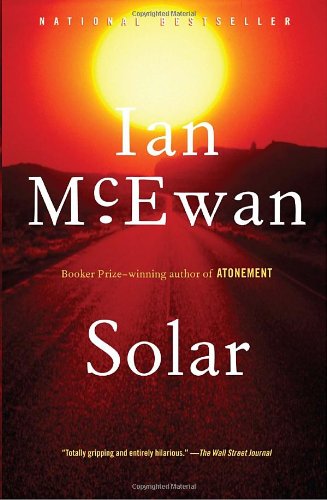 Michael Beard is a Nobel Prize-winning physicist (and compulsive overeater) whose best work is behind him. Trading on his reputation, he speaks for enormous fees, lends his name to the letterheads of renowned scientific institutions, and halfheartedly heads a government-backed initiative tackling global warming. Meanwhile, Michael’s fifth marriage is floundering due to his incessant womanizing. When his professional and personal worlds collide in a freak accident, an opportunity presents itself for Michael to extricate himself from his marital problems, reinvigorate his career, and save the world from environmental disaster. But can a man who has made a mess of his life clean up the messes of humanity?
About the Author
Ian McEwan
(born 21 June 1948) is a British novelist and screenwriter, and one of Britain's most highly regarded writers. In 2008, The Times named him among their list of "The 50 greatest British writers since 1945".

McEwan began his career writing sparse, Gothic short stories. The Cement Garden (1978) and The Comfort of Strangers (1981) were his first two novels, and earned him the nickname "Ian Macabre". These were followed by three novels of some success in the 1980s and early 1990s. In 1997, he published Enduring Love, which was made into a film. He won the Man Booker Prize with Amsterdam (1998). In 2011, he was awarded the Jerusalem Prize. In 2001, he published Atonement, which was made into an Oscar-winning film. This was followed by Saturday (2003), On Chesil Beach (2007) and Solar (2010).