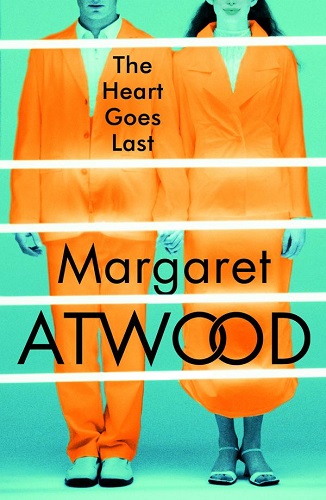 The book tells the story of a couple living out of their car and surviving in a dystopian future almost entirely on tips. They decide to enroll in the experimental "Positron Project" which provides them with jobs and a home, but they must serve as prisoners every second month alternating with another couple who occupies their house.

Living like this affords full employment, quaint houses, TVs and radios that play programming from the 50's. But the couple become obsessed with their alternates.
About the Author
Margaret Atwood
Margaret Eleanor Atwood, CC OOnt FRSC (born November 18, 1939) is a Canadian poet, novelist, literary critic, essayist, and environmental activist. She is a winner of the Arthur C. Clarke Award and Prince of Asturias Award for Literature, has been shortlisted for the Booker Prize five times, winning once, and has been a finalist for the Governor General's Award several times, winning twice. In 2001 she was inducted into Canada's Walk of Fame. She is also a founder of the Writers' Trust of Canada, a non-profit literary organization that seeks to encourage Canada's writing community. Among innumerable contributions to Canadian literature, she was a founding trustee of the Griffin Poetry Prize.

Atwood is also the inventor, and developer, of the LongPen and associated technologies that facilitate the remote robotic writing of documents. She is the Co-Founder and a Director of Syngrafii Inc. (formerly Unotchit Inc.), a company that she started in 2004 to develop, produce and distribute the LongPen technology.She holds various patents related to the LongPen technologies.