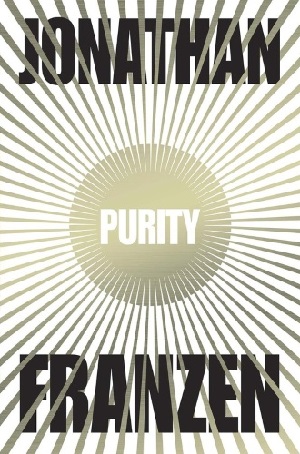 Purity Tyler grew up in a small cabin south of the Bay area with her eccentric mother. She hates her name and prefers to go by "Pip". In her early 20s with $130,000 in student loan debt, her mother refuses to reveal who her father is. Hoping he can chip in on the loan payments, she goes searching for him.

Pip meets Andreas Wolf, born in the 1950s in East Germany, who is a rival of Julian Assange. He runs an operation called the Sunlight Project from his refuge in Boliva. The mission is to expose corruption in the world's governments. So Pip heads to South America to take an internship there, thinking it may help her locate her missing father.
About the Author
Jonathan Franzen
(born August 17, 1959) is an American novelist and essayist. His 2001 novel, The Corrections, a sprawling, satirical family drama, drew widespread critical acclaim, earned Franzen a National Book Award, was a Pulitzer Prize for Fiction finalist, a James Tait Black Memorial Prize and a shortlisting for the International IMPAC Dublin Literary Award. His most recent novel, Freedom (2010), led to a controversialappearance on the cover of Time magazine alongside the headline "Great American Novelist".