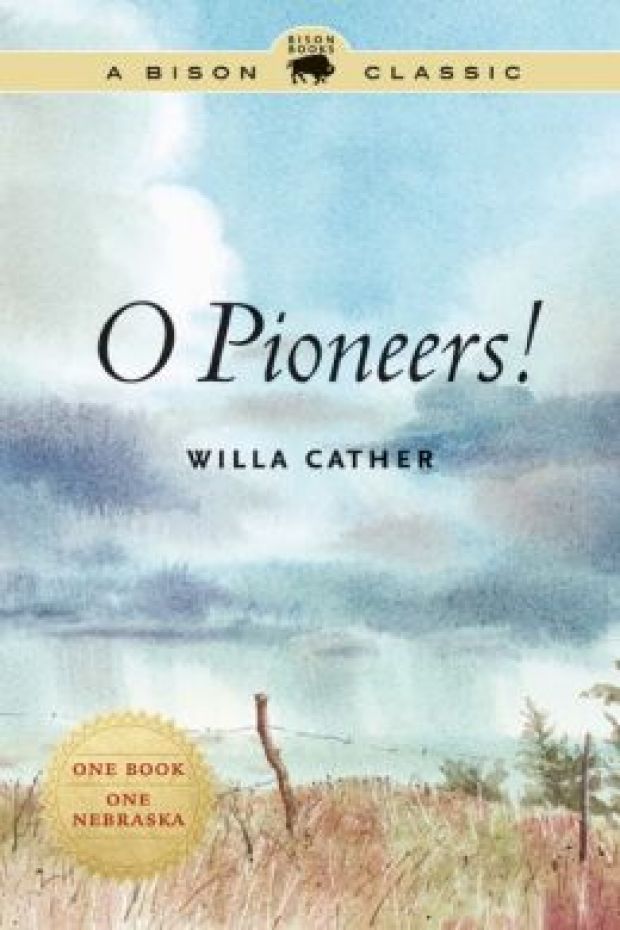 O Pioneers! is a 1913 novel by American author Willa Cather, written while she was living in New York. It is the first novel of her Great Plains trilogy, followed by The Song of the Lark (1915) and My Ántonia (1918).

O Pioneers! tells the story of the Bergsons, a family of Swedish-American immigrants in the farm country near the fictional (?) town of Hanover, Nebraska, at the turn of the 20th century. The main character, Alexandra Bergson, inherits the family farmland when her father dies and devotes her life to making the farm a viable enterprise at a time when many other immigrant families are giving up and leaving the prairie. The novel is also concerned with two romantic relationships, one between Alexandra and family friend Carl Linstrum and the other between Alexandra's brother Emil and the married Marie Shabata.
About the Author
Willa Cather
Willa Sibert Cather (December 7, 1873 – April 24, 1947) was an American author who achieved recognition for her novels of frontier life on the Great Plains, including O Pioneers! (1913), The Song of the Lark (1915), and My Ántonia (1918). In 1923 she was awarded the Pulitzer Prize for One of Ours (1922), a novel set during World War I.

Cather grew up in Virginia and Nebraska, and graduated from the University of Nebraska–Lincoln. She lived and worked in Pittsburgh for ten years, supporting herself as a magazine editor and high school English teacher. At the age of 33 she moved to New York City, her primary home for the rest of her life, though she also traveled widely and spent considerable time at her summer residence in New Brunswick, Canada.