The Golden House
by Salman Rushdie 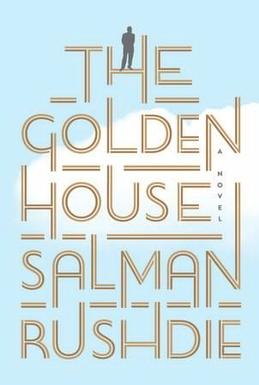 Salman Rushdie’s latest novel (published 2017) is a modern American epic set against the strange and disconcerting panorama of contemporary US politics and culture.

On the day of Barack Obama’s inauguration, an enigmatic billionaire from foreign shores takes up residence in the architectural jewel of “the Gardens,” a sheltered community in New York’s Greenwich Village. The neighborhood is a bubble within a bubble, and the residents are immediately intrigued by the eccentric newcomer and his family. Along with his improbable name, untraceable accent, and unmistakable whiff of danger, Nero Golden has brought along his three adult sons: agoraphobic, alcoholic Petya, a brilliant recluse with a tortured mind; Apu, the flamboyant artist, sexually and spiritually omnivorous; and D, at twenty-two the baby of the family, keeping an explosive secret even from himself.

Our guide to the Goldens’ world is their neighbor René, an ambitious young filmmaker. Initially the peripheral narrator researching a film about the Goldens, he gradually insinuates himself into the centre of the unfolding drama. Meanwhile, like a bad joke, a certain comic-book villain embarks upon a crass presidential election that turns New York upside-down.

About the Author
Salman Rushdie
Sir Ahmad Salman Rushdie was born in Bombay (then British) India into a Muslim family of Kashmiri descent. His father adopted the name Rushdie in honour of Averroes. His first career was as a copywriter for an advertising agency. His second novel, Midnight's Children won the 1981 Booker Prize. His fourth novel, The Satanic Verses was the center of a major controversy provoking protests from Muslims in several countries. Death threats were made against him, including a fatwā calling for his assassination. Since 2000, Rushdie has lived in the United States where he has worked for Emory University.