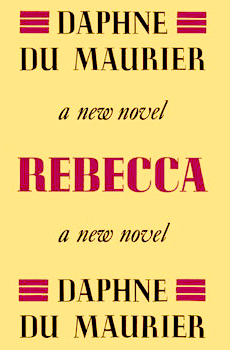 The unnamed narrator, a naïve young woman in her early 20s, becomes acquainted with a wealthy Englishman, Maximilian de Winter, a 42-year-old widower. After a fortnight of courtship she agrees to marriage and after the wedding and honeymoon accompanies her husband to his mansion in Cornwall, the beautiful West Country estate Manderley. The sinister housekeeper, Mrs Danvers, was profoundly devoted to the first Mrs de Winter, Rebecca. She continously undermines the new Mrs de Winter, suggesting that she will never attain the lofty properties of her predecessor. Whenever the new Mrs de Winter attempts to make changes at Manderley, Mrs Danvers discourages her, implying that Rebecca knew best. Cowed by the unwavering reverence for Rebecca exhibited by Mrs Danvers and West Country society at large, the new mistress becomes increasingly isolated and depressed ...

About the Author
Daphne du Maurier

Dame Daphne du Maurier, Lady Browning, DBE (13 May 1907 – 19 April 1989) was a famous English author and playwright. Her bestselling romantic novels were not at first taken seriously by critics, but have since earned an enduring reputation for narrative craft. Her stories have been described as "moody and resonant" with overtones of the paranormal. Many have been successfully adapted into films, including the novels Rebecca, My Cousin Rachel, and Jamaica Inn.