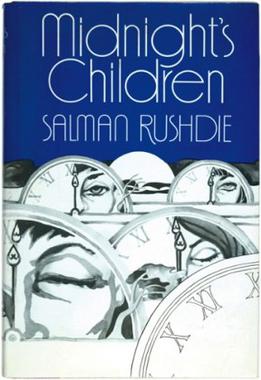 The novel is an allegory for events in India both before and, primarily, after the independence and partition of India. The protagonist and narrator of the story is Saleem Sinai, born at the exact moment when India became an independent country, at midnight, 15 August 1947. He is gifted with telepathic powers, as well as an enormous and constantly dripping nose with an extremely sensitive sense of smell.

Midnight's Children is considered an example of postcolonial, postmodern, and magical realist literature. It was awarded the 1981 Booker Prize. The novel was adapted into the 2012 movie Midnight's Children, directed by Deepa Mehta.

About the Author
Salman Rushdie
Sir Ahmad Salman Rushdie was born in Bombay (then British) India into a Muslim family of Kashmiri descent. His father adopted the name Rushdie in honour of Averroes. His first career was as a copywriter for an advertising agency. His second novel, Midnight's Children won the 1981 Booker Prize. His fourth novel, The Satanic Verses was the center of a major controversy provoking protests from Muslims in several countries. Death threats were made against him, including a fatwā calling for his assassination. Since 2000, Rushdie has lived in the United States where he has worked for Emory University.