The Book Thief
by Marcus Zusak 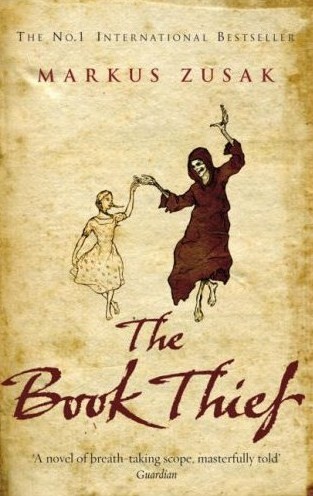 The Book Thief by Marcus Zusak was the best-selling debut literary novel of the year 2007, selling over 400,000 copies. The author is a prize-winning writer of children’s books, and this, his first novel for adults, proved to be a triumphant success. The book is extraordinary on many levels: moving, yet restrained, angry yet balanced—and written with the kind of elegance found all too rarely in fiction these days. The book’s narrator is nothing less than Death itself, regaling us with a remarkable tale of book burnings, treachery and theft. The book never forgets the primary purpose of compelling the reader’s attention, yet which nevertheless is able to impart a cogent message about the importance of words, particularly in those societies which regard the word as dangerous (the book is set during the Nazi regime, but this message is all too relevant in many places in the world today).

Nine-year-old Liesel lives with her foster family on Himmel Street during the dark days of the Third Reich. Her Communist parents have been transported to a concentration camp, and during the funeral for her brother, she manages to steal a macabre book: it is, in fact, a gravediggers’ instruction manual. This is the first of many books which will pass through her hands as the carnage of the Second World War begins to hungrily claim lives.

Both Liesel and her fellow inhabitants of Himmel Street will find themselves changed by both words on the printed page and the horrendous events happening around them.

Despite its grim narrator, The Book Thief is, in fact, a life-affirming book, celebrating the power of words and their ability to provide sustenance to the soul. Interestingly, the Second World War setting of the novel does not limit its relevance: in the 20th century, totalitarian censorship throughout the world is as keen as ever at suppressing books (notably in countries where the suppression of human beings is also par for the course) and that other assault on words represented by the increasing dumbing-down of Western society as cheap celebrity replaces the appeal of books for many people, ensures that the message of Marcus Zusak’s book could not be more timely. It is, in fact, required reading—or should be in any civilised country.

About the Author
Marcus Zusak
(born 23 June 1975) is an Australian author. He is best known for his books The Messenger (published in USA as I Am the Messenger) and The Book Thief, which have been international bestsellers.